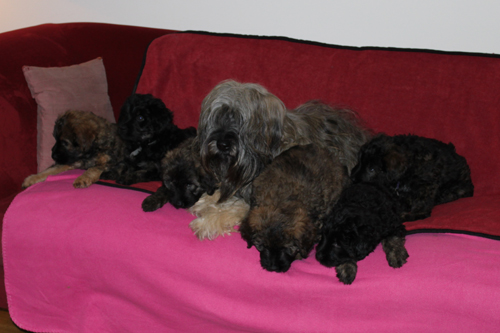 The Roebel-miracles continued to evaluate very energetic and most certainly have pulled themselves up to their 3 weeks older neighbours the Cocódotjes-miracles. Less than 5 weeks old they had to endure the violence of the turn of the year > which they did almost in front of the open back doors. But no problems. Half of them kept on sleeping and the other half was interested and looked up in the sky. They also had to sneeze because of the smell of the fireworks > só funny to see. Their teeth came through, their caracters showed more and more and they became more and more active and inventive.

In the litter they behaved as I am now used to by Gos-pups, but they were extreemly sweet and each of them showed their mild nature.

From the 1st day on that I started feeding them extra, they ate well. Drinking took a while, it wasn’t before they were appr. 5 ½ weeks old that I could really say “they drink water”. Upto then they absolutely needed mama.

This time the Chipper came later then with the Cocódotjes-miracles. So our outside-activities also started later. But upto the last day I was able to do everything I am used to doing with our miracles, indicating I could give them to their new owners well prepared. 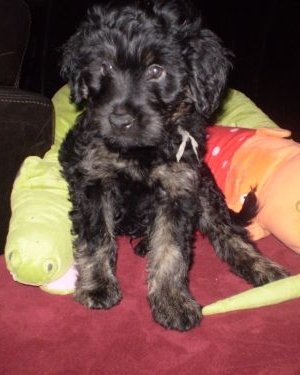 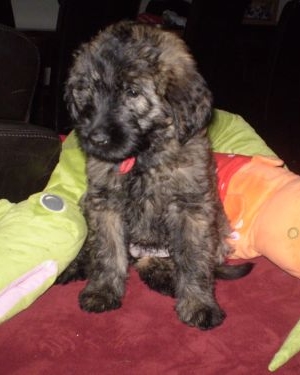 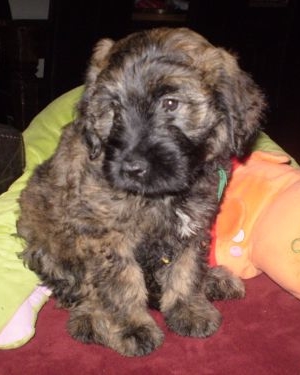 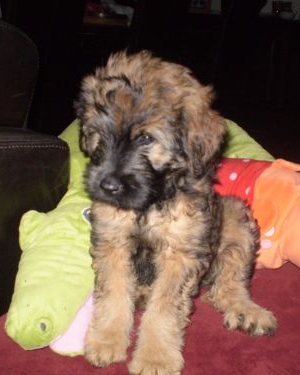 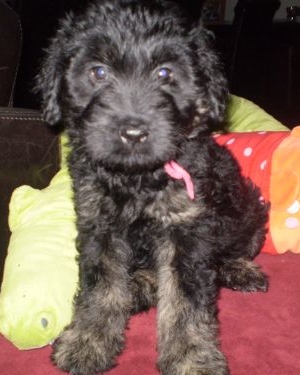 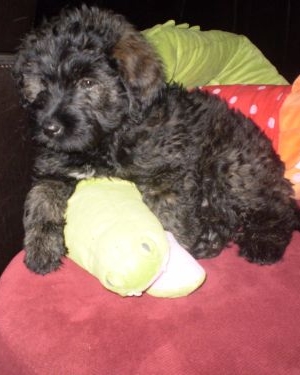 Yes. Also here the moment came that we had to say goodbye. We were very lucky to have found loving families where they were willing and able to love them dearly and where a warm bed was waiting for them.

In 3 days time we saw 5 miracles leave our house yes, correct: 5, not 6. At the very last moment 1 family decided to not take a puppy. This little lady is now still living with us and will stay doing so untill a very loving family opens their heart and house for her. More about her under “News” , Racha” by the way means “challenge” isn’t that appropriate. 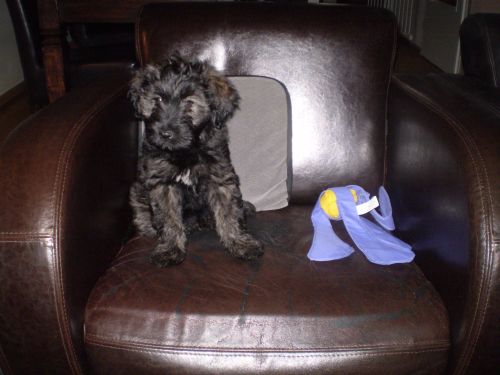 During all these weeks, also here most people were so kind to also think about my other dogs, for instance by taking them some “doggy-sweets” – sometimes also something nice for me – for which I would like to thank them: I truly appreciated that very much. We wish our miracles a good and happy life with their new families and hope to now and then be informed about their well-being and hopefully receive foto’s.

When they -and why wouldn’t they, for they after all have a severely hereditary taint – make their new families only half as happy as each of my dogs do me, those families are the luckiest in the world. All the best. 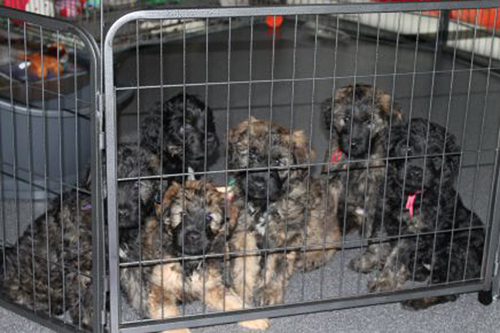