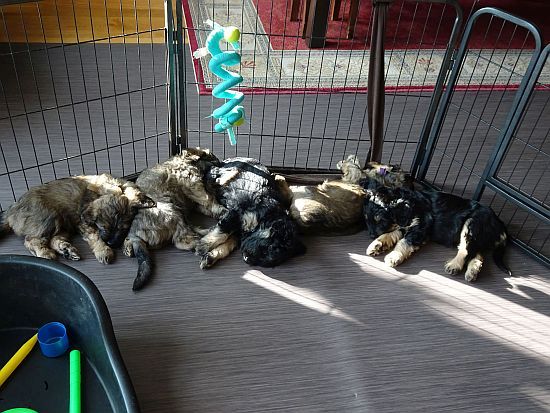 Another week gone and now it’s becoming serious, for next time.

But, let’s not talk about that now. For there is enough to tell about this 7th week. Which – as far as the miracles are concerned – was full of new experiences. Due to circumstances not as many as was to be expected, but never the less.

To start the week of with, the miracles got new living quarters. The birthbox was taken out and replaced with a big bench with around it a once again bigger puppyfence. At first they did not like it at all but after a while they started to explore and went to sleep in the doggybeds in the bench. 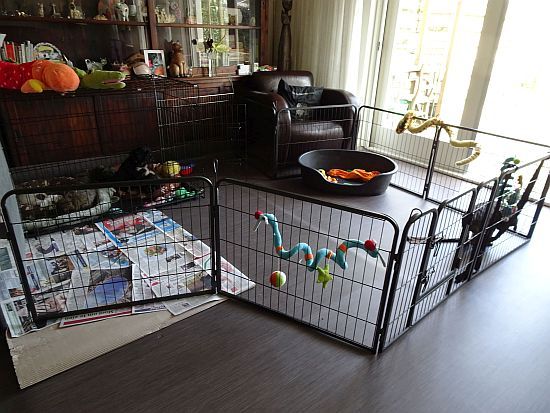 At the moment, being a menace is their favorite activity. Like – when I am out with th other dogs – breaking out of the puppyfence and exploring the livingroom … leaving behind what once does not want to see there, Or intensely reading every letter in the newspaper but separately, Also nice to do is chasing after each other and teasing eachother, especially when you weigh more than your opponent and know you can win. The doggybed they have in the puppyfence you can compare with the Ball-area for children at Ikea > every toy that makes a sound goes in and then just go jump in and run through: makes a hell of a noice so great fun, especially when the discoball also starts flikkering. 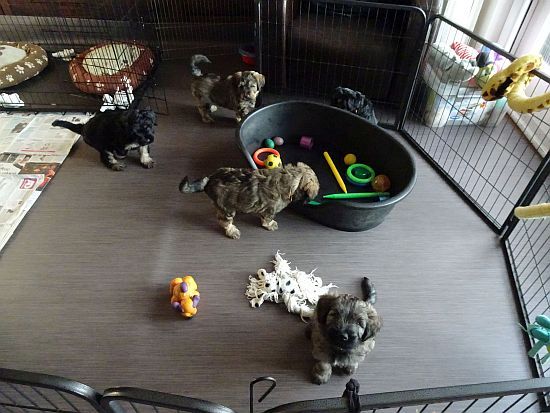 Well, and then ofcourse it was time to go meet the outside world. By now they have made a reasonable amount of kilometers in the car and they also – in an open flightbox – have been pulled through the neighbourhood. But also: they have been to a Garden Center > all together in a shopping cart: the miracles in the top part and mama Rubí in the bottom part, so they could be admired by others and have strange hands caressing them. 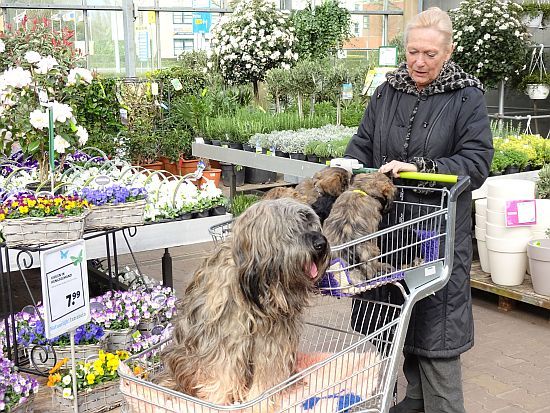 They by now also are are used to our famous W, W B B L. What on earth is that?? Well: : we start with Weighing, then we Wash Belly, Bottom and Legs. Ofcourse to finish of the session they are being combed > we have almost reached the point that they stay standing up: aren’t they good? After that they get their breakfast: dry food with cottage cheese and they are dirty again. 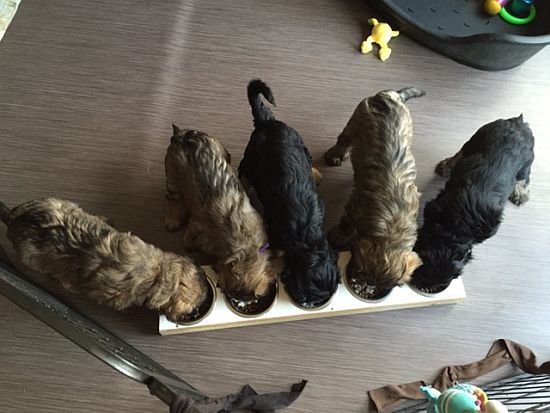 That’s it for this week. There still are a few things to be done during the coming last week. But more about that the next – and last – time. 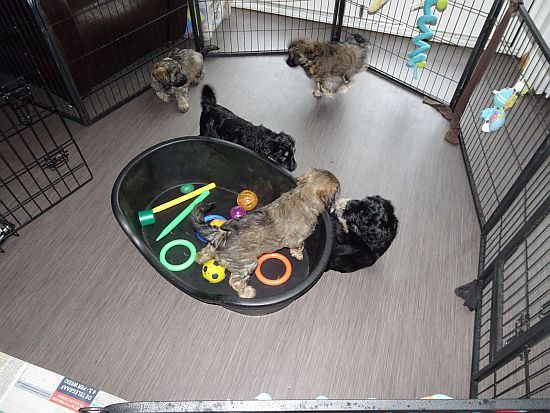